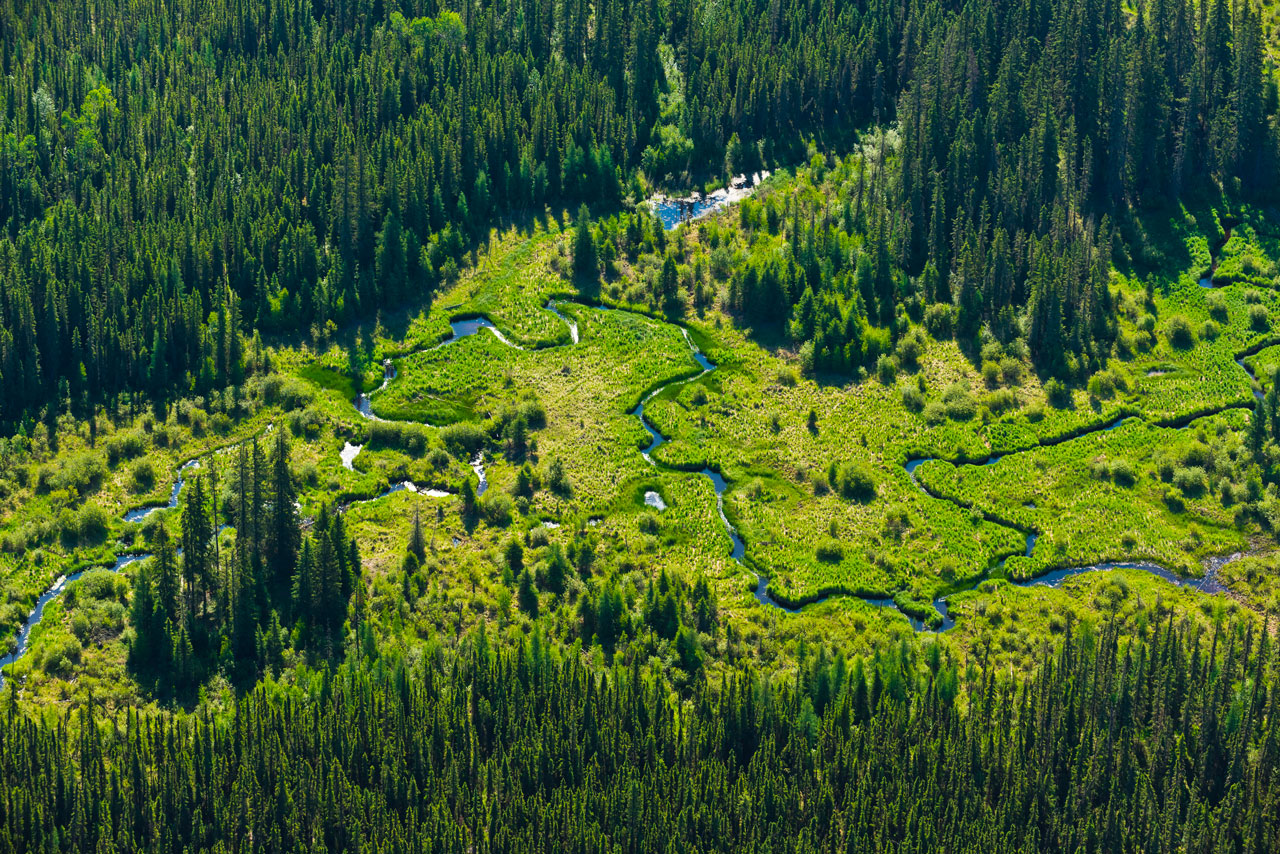 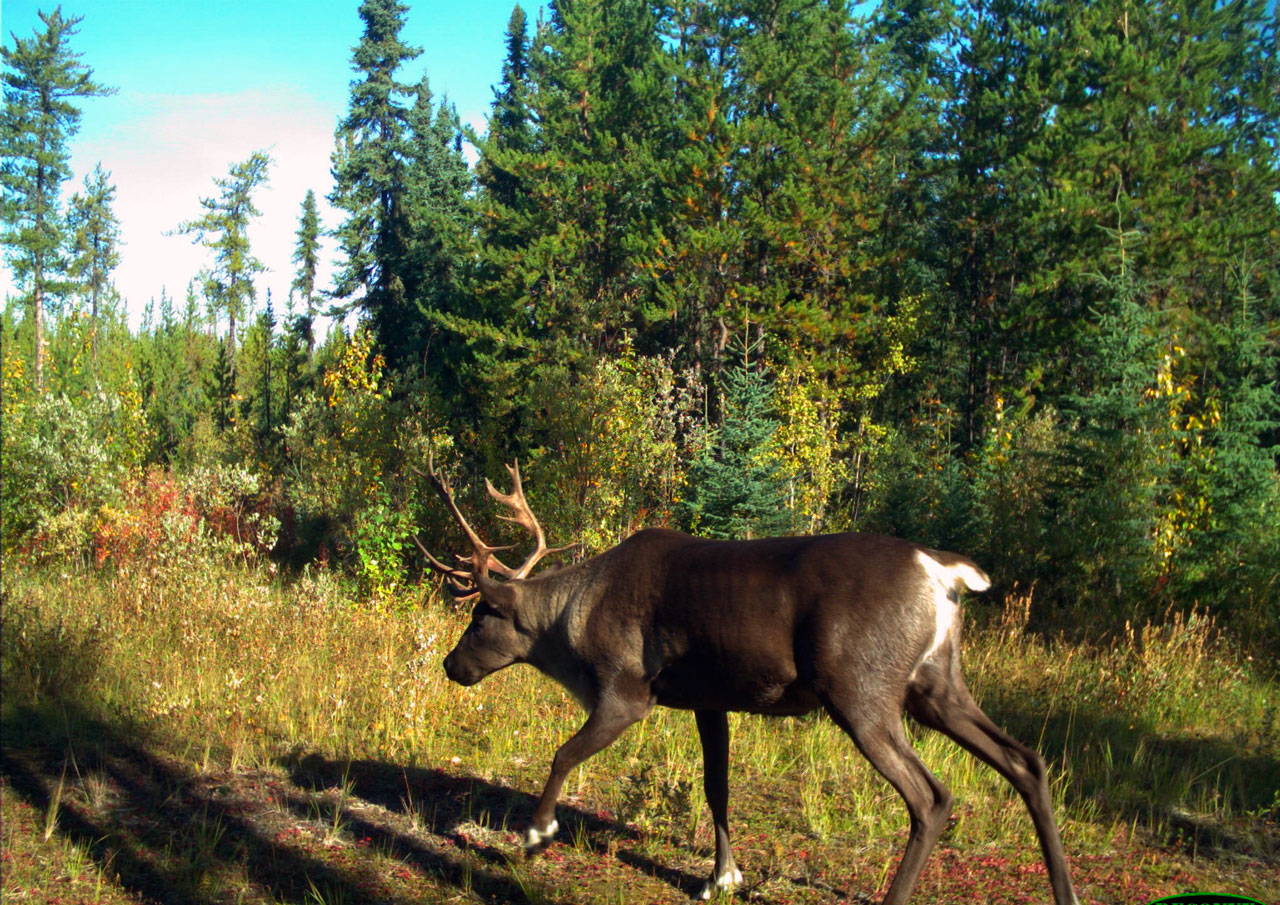 The Kitaskino Nuwenëné Wildland Provincial Park is a culturally and ecologically significant area, located in the boreal forests of northeast Alberta. The park plays a vital role in preserving the Peace-Athabasca watershed, ensuring available habitat for at-risk species, enhancing  connectivity between neighbouring parks and protecting an area important to indigenous culture.

By working closely with the Mikisew Cree First Nation, Athabasca Oil recognized the area’s importance in their culture and the value an expanded Kitaskino Nuwenëné Park could bring to the Indigenous People in the area, and to all Albertans. With this in mind, Athabasca Oil supported the Mikisew Cree First Nation’s efforts to expand the park boundaries, approaching the Government of Alberta in 2019 with a proposal to relinquish mineral rights in the area, and provide a foundation for the Mikisew Cree vision of an expanded park.

Initially, the park covered an area of 400,000 acres. Following its expansion, the park’s boundaries have nearly doubled to encompass 775,000 acres. Athabasca Oil proudly contributed over 230,000 acres, or 61% percent, of the expansion lands. In total, we have relinquished 310,000 acres of mineral rights in the area.

The park expansion increases habitat connectivity crucial to maintaining ecological integrity and protecting species at risk. The Kitaskino Nuwenëné Wildland Provincial Park connects existing Wildland Provincial Parks and Wood Buffalo National Park, contributing to the largest continuous area of protected boreal forest in the world. It also increases a buffer area for Wood Buffalo National Park, Canada’s largest national park and a UNESCO Heritage Site. This area provides a key staging area for millions of migratory birds and is home to many iconic species, such as Woodland Caribou and bison.

The Kitaskino Nuwenëné Wildland Provincial Park supports indigenous culture by providing land stewardship opportunities and allowing for the exercise of Treaty and harvesting rights for First Nations and approved Metis harvesters. The area is home to the Ronald Lake bison herd, a critical species for many Indigenous Peoples in the region who share a cultural relationship with the herd.

“Protecting the environment and respecting indigenous communities remain key priorities for Athabasca Oil,” said Rob Broen, President & CEO, Athabasca Oil Corporation. “As the largest land contributor and a driving force behind the park expansion, we were delighted to see it become a reality. The expanded park will protect a significant area of pristine, largely un-fragmented land with high biodiversity potential, while also providing an opportunity for the continuation of indigenous rights and cultures.” 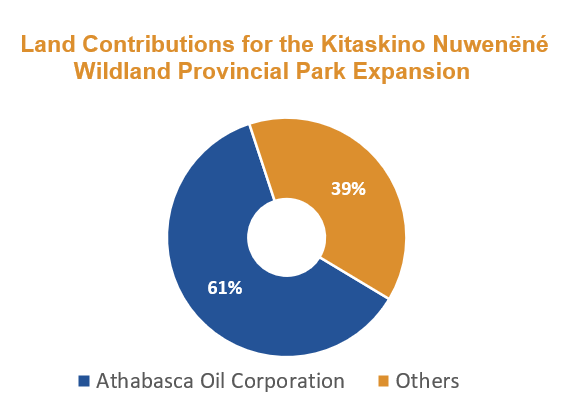